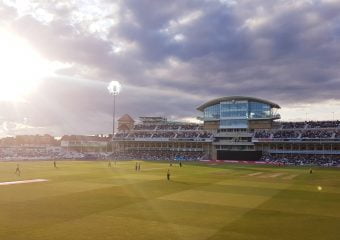 Many countries now have at least one stadium per city. However, if at one time these stadiums were mainly used as arenas where teams expressed their potential in sport, from now on it is above all a question of excess, grandeur and above all majesty.

We offer you a quick recap of the 15 biggest stadiums in the world!

Read also: The most incredible football fields in the world in pictures

Built in Pyongyang, the capital of North Korea, the May Day stadium is mainly used as a parade place for the army of this Asian country. With a capacity of 150,000 effective seats, this stadium wins the prize for the largest in the world.

The Salt Lake Stadium is purely intended to host football matches in the city where it is located, in Calcutta in the state of West Bengal, India. Capable of accommodating up to 120,000 spectators, this stadium is the second largest in the world.

Located in the state of Michigan in the United States as its name suggests, Michigan Stadium is intended for purely sporting use. It hosts the American football matches in the city of Ann Arbor.

It is a mythical stadium that has marked American sports history. This stadium accommodates up to 109,901 seats.

Built in the Mexican capital, Mexico City , the Azteca Stadium is used by one of Mexico City’s football clubs as the main stadium. It is capable of simultaneously accommodating 105,064 spectators.

The city of Knoxville, Tennessee, USA is known for being the home of one of America’s most fierce and successful American football teams.

Its stadium lives up to the reputation of this team. It welcomes some 102,459 spectators at each meeting. It is the sixth largest stadium in the world.

Another stadium hosting American football matches, Ohio Stadium is the home ground for Columbus’ team . By its capacity (102,329) it is the seventh largest in the world.

Located in the US town of Tuscalussa , the Bryant-Denny Stadium is also home to American football matches for the local team. It has a capacity of 101,821 seats.

The Bukit Jalil National Stadium is the largest in Malaysia and Southeast Asia. Located in Kuala Lumpur , it hosts football matches for the Malaysian national team, as well as those of the team from the city of the same name. Its capacity is 100,200 places.

A major American football cult, Texas Memorial Stadium is located in the Texas city of Austin . With a capacity of 100,119 seats, it is the home stadium for the Austin NFL team.

Its recent renovation to the tune of 175 million US dollars has given it some color.

If France has Rugby as its favorite sport, the United States has American football, Australia for its part idolizes cricket. In Melbourne , the Melbourne Cricket Ground hosts matches for the local Australian cricket and football teams. It has 100,000 seats.

It’s hard to talk about the 15 biggest stadiums in the world without mentioning the lair of European football, Camp Nou. Located in Barcelona , this emblematic stadium is owned by Spanish club Barcelona FC. Mythical and at the origin of a thousand and one legends, Barça is king there and has known only a few sad sporting outcomes.

Besides the sporting aspect, Camp Nou is a juggernaut capable of accommodating up to 99,354 people seated. It is the twelfth largest stadium on the planet.

Africa is in the spotlight, thanks to the FNB stadium in Johannesburg . It is more or less the largest stadium on the African continent, which captures a trifle of 94,700 spectators at each football match of the local team.

Renovation work is planned there in a few months to increase this capacity. It is therefore not excluded that the FNB Stadium will gain a few places in this ranking.

The California Memorial Coliseum is the seventh largest stadium in the United States, and the fourteenth largest in the world. This multifunctional stadium hosts football, American football and even baseball matches, while transforming into a parade area for local or national holidays.

It has a capacity of 93,607 seats and rises in the heart of Los Angeles , the City of Angels.

India is like Australia one of the few nations in the world where cricket is practiced. The city of Calcutta even has a stadium dedicated solely to this sport, the Eden Gardens. It welcomes some 93,000 people at each meeting of the local or national team.